LILIN Secures One of the Largest University Campuses in China

Sun Yat-sen University was founded in 1924 by Dr. Zhongshan Sun, a great democratic revolutionary leader in the 20th century. The university is located in Guangdong Province, China, is a comprehensive multi-disciplinary university, including the humanities, social sciences, natural sciences, technical sciences, medical sciences, pharmacology, and management sciences. The university currently has over 82,384 students and 3,456 staff.To provide ubiquitous surveillance and ensure their safety are a top focus for the Sun Yat-sen UniversitySun Yat-sen University is considered as one of the most important universities in China. The university recognized that a centralized approach to the maintenance and control would create safer campus environments. Security is a must to protect students and staff on campus even though the campus areas are relatively safe. The campuses comprise a total area of 500 acres, and unfortunately their old analogue system could not provide the appropriate video surveillance overview. After careful analyzing their needs, the university therefore decided to upgrade their outdated analogue cameras to advanced analogue CCTV system and IP solutions from LILIN.LILIN solutionsThe school chose a mix of LILIN cameras including weatherproof IR analogue fixed cameras such as the CMR7488X3.6, PIH0648P, PIH0148P, and SP2128P speed domes. Also, day & night IPR712M fixed network camera, LR7022E L-series IR IP camera. These cameras were installed in the classrooms as well as common areas at Sun Yat-sen University to secure the 3 campuses — Guangzhou South campus, Guangzhou North campus, and Guangzhou East campus. Altogether, 189 analogue cameras, IP based cameras, and speed domes were utilized.IP products installed

Email ThisBlogThis!Share to TwitterShare to FacebookShare to Pinterest
Labels: LILIN

TEMPO.CO, Jakarta - Jakarta Governor, Basuki "Ahok" Tjahaja Purnama, claimed that he has a way of dealing with the increasing thug problems in Jakarta. Ahok claimed that installing closed-circuit television (CCTV) around the capital will help solve the problem.
"By the end of this year, we will have installed 2,500 CCTVs," said Ahok. He said that CCTV is necessary to oversee Jakarta, given limited number of security personnel.
Ahok added that CCTV can help monitor crimes as long as it is put in a discreet location. He said that he will not reveal the location of the CCTVs, even to law enforcers.
Moreover, Ahok has also asked the authorities to help intensify security patrol. However, he doubted that patrolling the capital alone can reduce the number of thugs. 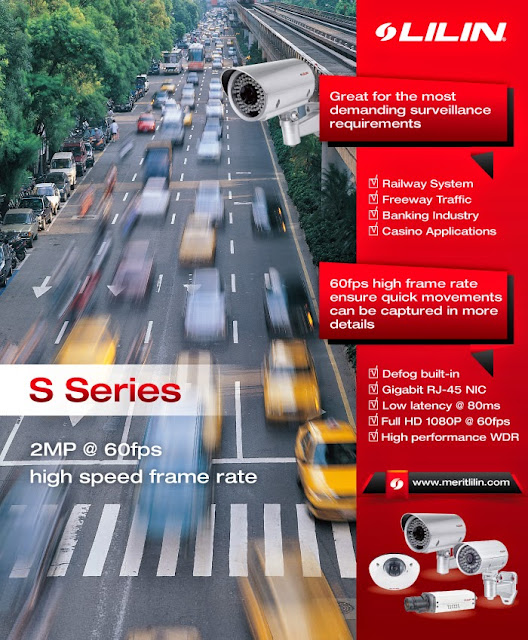