Showing posts from April, 2014
Show all

By cctv21 - April 28, 2014
Big brother watches young lovebirds in Jakarta’s parks Security guards at a public park in West Jakarta have been on an undercover mission in the past few months: in pairs, they pose as young couples dating in Cattleya Park but are in fact spying on the numerous lovebirds under the trees in the evenings. One of the undercover guards, Casmadi, said that since a few months ago, they had caught three young couples in flagrante delicto. “When we see a couple doing obscene things, like taking off their pants, we immediately nab them,” Casmadi told The Jakarta Post recently. He said he usually did not mind if couples only kissed in the park. “I would usually only blow my whistle so that they stop kissing. However, if they have sex in the park, they are going to be in a lot of trouble,” he said. Casmadi said that nabbed couples were taken to the Parks and Cemeteries Agency office for questioning. “We ask them how to get in contact with their parents so that we can call the parents
Read more 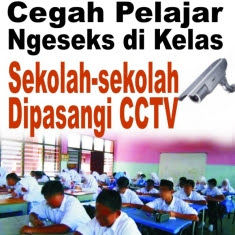